This will come in handy when I plot my dastardly climax! 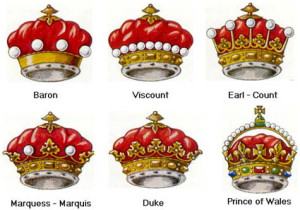 THE PRIVILEGES OF A PEER

From Admirals to Generals, politicians to Royal bastards, a peerage has been the highest honour bestowed by a grateful Crown for almost 750 years. Over 2,560 hereditary peerages have been created by the Crown since the mid-13th century, of which 828 still survive. Additionally, 1,130 life peerages have been created in the last one hundred and thirty years, of which 595 are currently sitting in the House of Lords.

But what, precisely, does ennoblement entail?

FREEDOM FROM ARREST AND IMPRISONMENT

“That they are free from all arrest for debts, as being the king’s hereditary counsellors. Therefore a peer cannot be outlawed in any civil action, and no attachment lies against his person. This privilege extended also to their domestic servants, as well as to those of members of the lower house, till the year 1770.”

The privilege of freedom from arrest applies to…

This site uses Akismet to reduce spam. Learn how your comment data is processed.

I’m a good cook but for some reason pancakes have always alluded me! They’re always burned on the outside and raw in the middle, or half stuck to the pan. I felt like such a failure and so disappointed because they seem so simple! My dad used to make them some Saturdays and I always wanted to be able to do that as a parent. And now that I’ve had time... I think I’ve mastered them enough to produce some good ones. These are oatmeal, flax, banana (so vegan) and blueberry pancakes topped with honey and butter (soooo NOT vegan) and they’re delicious. I cooked them on a cast iron skillet, which I think may be part of the secret to my success. #pancakesunday #veganish #pancakeporn
When you’re craving something distinctive but don’t want alcohol. When you’re craving your favorite burger from your local pub. Pictured: burger and fries from @thelibertyrva and a raspberry rosemary balsamic vinegar shrub mocktail. #supportsmallbusiness #stayhomestaysafe
Violets from the garden, drying them for violet oil.
He is so comfortable right now. Dogs really know how to #hygge
Somehow, I’m expected to leave this cuteness and go to work all day. #dogsofinstagram #bigpawsbigheart
Today was a real puky, pissy start back to work and an unpleasant end too. So, I made a fennel and shrimp dinner and this gingerbread dessert, topped with whipped cream, candies pecans, chopped candies ginger and crumbled ginger cookies. 🤤#gingerbeard #ginger